On Monday 10th September we’re going back to Kidderminster to take part in a Prayer Vigil for Peace at Roxel.

The vigil will begin at 8.30am at the gates, the postcode for finding where to go is DY11 7RZ. Everyone is welcome, please join us and tell your friends.

We will be working together with MiChA (Midland Christian Action), a local group of Christians and Quakers recently formed to oppose the arms trade.

[For our sources please get in touch at putdownthesword@gmail.com] 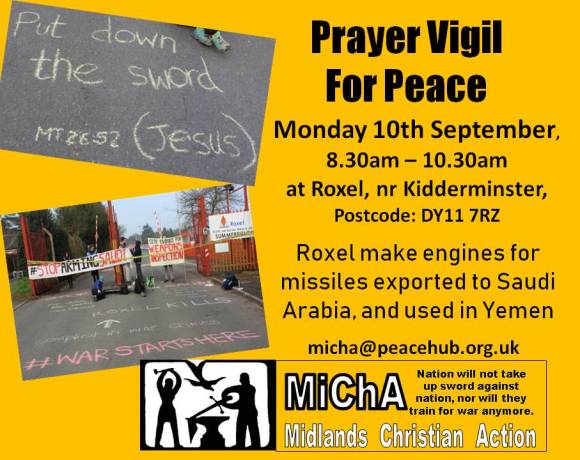